Territories for the iBooks Version

The Apple iBooks Store, which is part of the iTunes Store, sells into 51 different territories. These are listed below and can also be seen on the territories map. These are the places where Wollindina Media can sell its goods. It is possible to restrict territories where a book is for sale, but we have not chosen to do this. This means that you may see several different instantiations (versions) of the same book, each customized for a specific country or region. Each of these are separate books, so choose your book carefully!

If you live outside these 51 territories, Apple doesn't offer our books for sale there. How can you get around this? You could buy the book when you are visiting a territory where the books is offered for sale, but payment is an issue (your credit card may cause some grief, as it will give your home address, but an iTunes gift card may work!).

If you live in a French territory outside mainland France, you may be in a Department of France, and so effectively within France. Similarly, British colonies are still part of the UK, and other external territories of various countries can be considered to be part of the main nation, and hence market. So if you live in Greenland, you should be able to buy the book because Denmark is a sales territory. Explore that option first.

At present, we don't have a work-around for this issue for the iBooks version of the book. It may be caused by demarcation between different publishing territories. We hope that the book will follow the iPhone and other Apple products into wider markets, but this is still unknown. As new territories become available, we will make every effort to expand into them.

When Wollindina Media offers a book for sale through the Apple iBooks Store, it has the potential to be sold in 51 different markets, which equates to 51 different countries. The price we set initially is in US Dollars, and Apple converts this to an equivalent amount in the currency used in each market. Apple likes to have all prices end with 99 cents (or equivalent), and so adjusts the price to the nearest main currency unit, less the smallest currency unit. This is how the price is determined for each territory.

All the current territories are in reasonably developed countries, so we consider the price that we are charging for the books, which is less than 10% of the retail price of comparable textbooks, to be very affordable.

In less developed countries, where resources are tighter, we currently are not able to sell the book there, so we are not yet in a position to negotiate prices there.

The territories in which our books are sold are as follows:

See also the map of the territories.

You can see that the Western Hemisphere, Western Europe (the European Community) and Australasia are pretty well covered. But there are no markets in Asia, except Japan, nothing in the Middle East, and nothing in Africa. We'll see what we can do about this in the future, as we feel that a low-cost textbook would be invaluable in those areas. 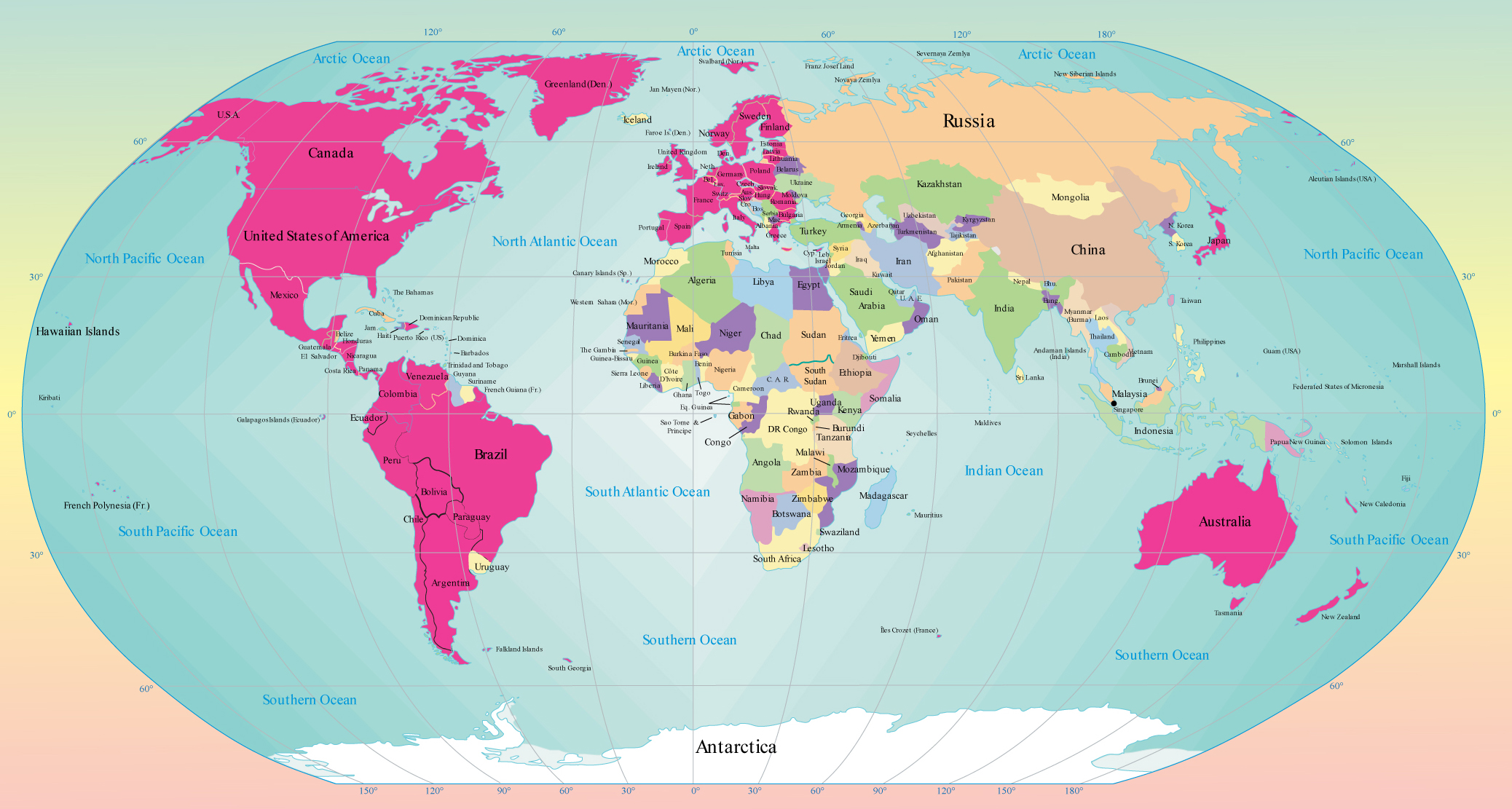 The countries colored in bright red

are those where we can sell the iBooks version of our books.